I had the pleasure to host PhD student Nadia Andreani from the University of Padova for a six month stay. She wrote the following blog post about her time in Cornwall, which I am publishing now, a day after she returned to Italy, here goes!

I am Nadia Andreani, a third-year PhD student from Italy, visiting the Coastal Pathogen group at the ECEHH. When I had to decide what to do for my internship, I strongly wanted to find something interesting and new and, because of my great interest in bacterial genomics, I straightforward decided to ask hospitality to Michiel.
As in that period (September 2014) I was struggling with some bioinformatics analyses on my PhD project, the first idea for this internship was to apply different bioinformatic tools to try to analyse in depth some data coming from the complete sequencing of the genomes of 4 of my Pseudomonas fluorescens strains.

Just some little notes about my Pseudomonas fluorescens strains: the Pseudomonas fluorescens group comprises several Gram negative, rod-shaped, aerobic, mesophilic and psychrotolerant bacteria, characterized by extreme versatility and adaptability. A major concern about this microbial group is food spoilage. Microbial contamination by these strains can result in unpleasant changes in appearance, texture, flavour and odour that spoil food. In 2010 in Italy, 70000 balls of mozzarella cheese were seized after consumers saw that the white cheese turned blue after the package was opened. The batches of blue mozzarella have been found all over the country. 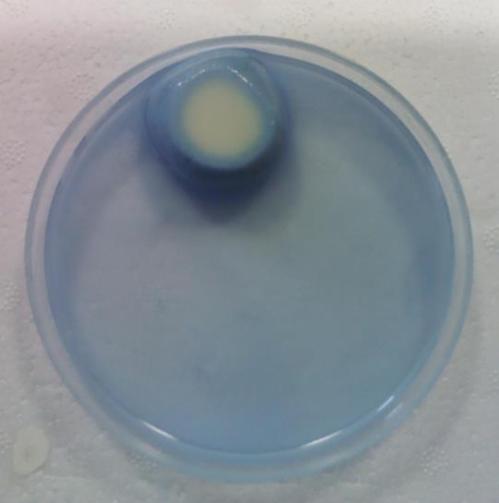 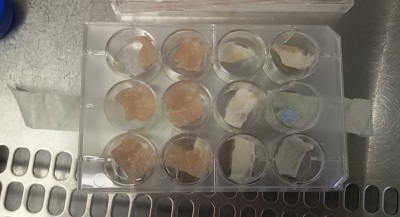 The second part of this internship was spent to isolate bacteriophages from the environment. As Pseudomonas fluorescens is still a problem for the dairy industry, the idea was the use of bacteriophages as a novel and safe option for the treatment of these contaminants . Actually I was really unlucky: I analysed 34 samples of leaves/flowers/grass/mushrooms, 27 samples of soil, 19 samples of water, 32 samples of sewage (yes, sewage!!!) and 10 samples of animal poo (amazing stuff!!), but with no success! I also applied some of Abi’s seaweed extracts to see if some were active against my Pseudomonas strains: a couple of them were… this was a nice result, maybe for a future collaboration!!!
Finally, I worked on a Bioinformatics project, starting from an idea of Michiel. The main questions of this project was: Is there any correlation between homologous and non-homologous recombination in bacteria? The project is based on the use of an online software package, odose, that allows several analyses within bacterial species. Now the system is under maintenance , but I hope to finish soon all the analyses and, maybe, to write a nice paper!

During my stay here I had the opportunity to attend several seminars and two interesting workshops: the first was about storytelling in science and the second one was about Matlab. Even if the Matlab workshop was really helpful for my bioinformatics project, my favourite one has been the workshop about writing science stories for children, because it gave me the opportunity to write my own book. “The Adventures of Flo, the special Bacterium” will be published really soon as part of a science book series for young independent readers! The main character is Flo, a young Pseudomonas fluorescens strain, having some issues in controlling the production of his blue pigment.

And that’s all, I think…I had a great time here and I really hope to come back soon. This experience was great: I can say that I am grown a lot! I have learnt lots of new things and my PhD project sounds to be now close to the end! The research group is amazing and I really want to thank Michiel, Will, Lihong, Anne, Aimee, Amy, Andy and Abi to make me feel at home and for the help during these six months… it was a pleasure to work with you! 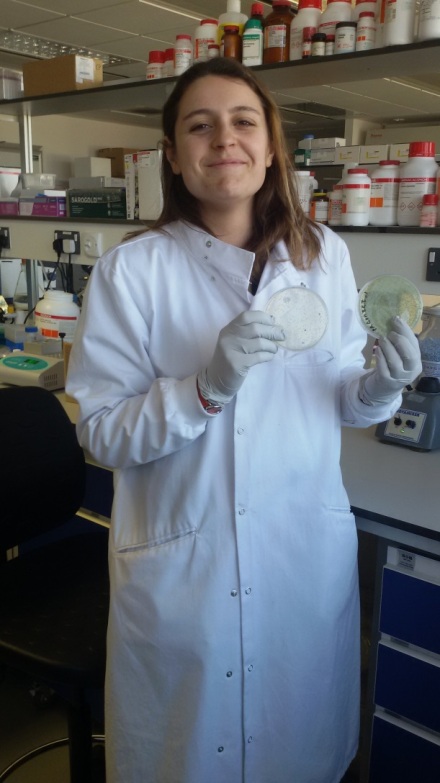